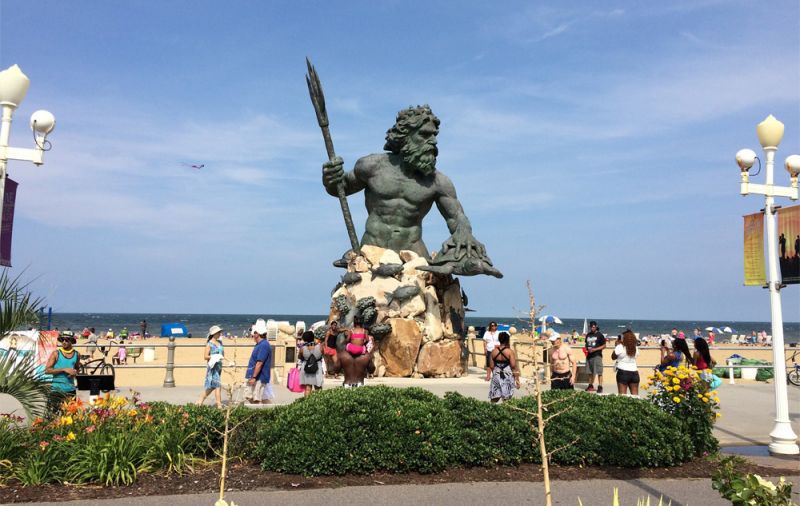 Located in the state of Virginia, Virginia Beach (VB) is an independent city with a population of approximately 450,000, which makes it the most populous city in the state. It is also part of Hampton Roads metropolitan area and lies at the mouth of Chesapeake Bay on the shores of the Atlantic Ocean.

Virginia Beach is renowned for its resort city lifestyle, together with its miles of beaches and hundreds of restaurants, hotels, and motels that line the oceanfront. It possesses the world's longest pleasure beach, situated at the south end of Chesapeake Bay Bridge-Tunnel, which in turn is the world’s longest bridge-tunnel.

Virginia Beach is the largest city within the state of Virginia with a total of 497 square miles, 249 square miles of which is land and 248 square miles is water.

Interstate 64 connects the city to Interstate 264 which journeys from oceanfront and on through Norfolk and Portsmouth. Both roadways are part of the Hampton Roads Beltway. Among the other major roadways that travel through the city are U.S. Route 58 (Virginia Beach Boulevard), U.S. Route 60 (Shore Drive), U.S. Route 13 (Northampton Blvd), State Route 165 (Princess Anne Road), and the former State Route 603 (Indian River Road).

Amtrak serves Virginia Beach via the Newport News train station. The line journeys westerly with Richmond being the primary destination.

Long distance buses are provided by Greyhound/ Trailways from nearby Norfolk, though there is also a Greyhound station in Virginia Beach on Laskin Road. Regional buses are serviced by Hampton Roads Transit.

Home prices have been going up steadily for several years and they are forecast to continue to go up.

If you are in the market for a home, this is a good time to buy.

Virginia Beach City Public Schools, based on the number of students enrolled, is among the largest school systems within the state. The system has 56 elementary schools together with 14 middle schools and 11 high schools.

The city is home to two universities: Atlantic University and Regent University.

Though Virginia Beach gains most recognition for its tourism, the city's economy also enjoys a sizable contribution from both the military and agribusiness sectors.

Retail is likewise big business within the city due to the number of large shopping malls such as Lynnhaven Mall.

Among the major companies that are located within Virginia Beach are Amerigroup, Stihl, Operation Blessing International, the Christian Broadcasting Network, VT, and Geico.

Cost of Living and Crime

The city's climate is said to be humid subtropical where the summers are hot and humid (average high in July of 87 degrees) and the winters are mild (average low in July of 32 degrees). Spring and summer are the wettest seasons and average snowfall annually is no more than 6 inches.